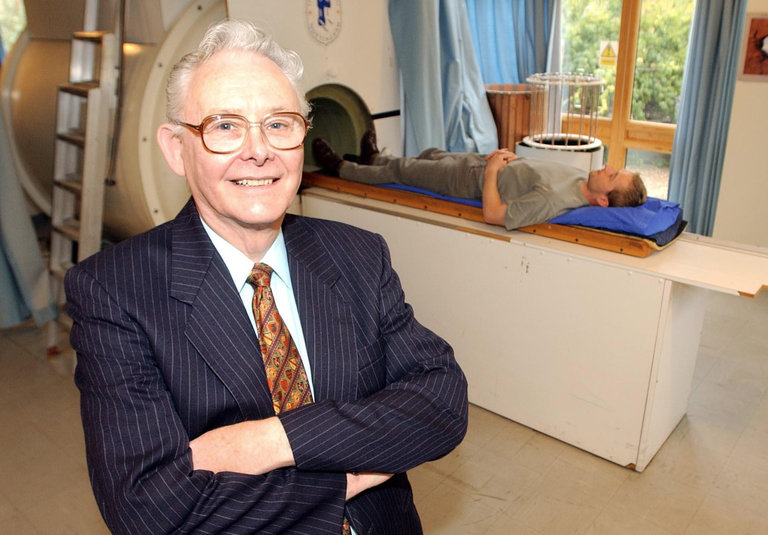 Dr. Peter Mansfield has died, a British physicist whose discoveries about the magnetic properties of atoms led to the invention of magnetic resonance imaging, which eliminated exploratory surgery by allowing physicians to see pictures of the body’s internal organs. He built the first MRI machine in 1978 and was the first person exposed to the scanner, though some scientists worried that it could cause cardiac fibrillation. He later developed applications so clinicians could watch the beating of a heart and even chart the patterns of brain waves. He was knighted by the Queen in 1993 and won the Nobel Prize in Physiology or Medicine ten years later. (David Jones/Press Association)