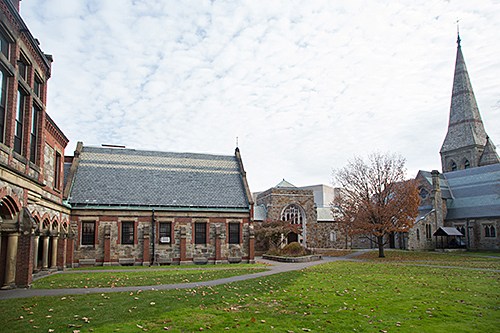 Episcopal Divinity School in Cambridge, Massachusetts, which announced its closure last July and stopped admitting new students, is pursuing an affiliation with Union Theological Seminary in New York City, which would offer programs and certificates in Anglican Studies for Union seminarians. EDS, one of the smallest Episcopal seminaries, is quitting before its endowment, currently $53 million, runs out. It traces its roots to 1857 in Philadelphia and 1867 in Cambridge; its most famous alumnus is Jonathan Daniels, the seminarian and civil rights martyr murdered in Alabama in 1965. (seminary photo)