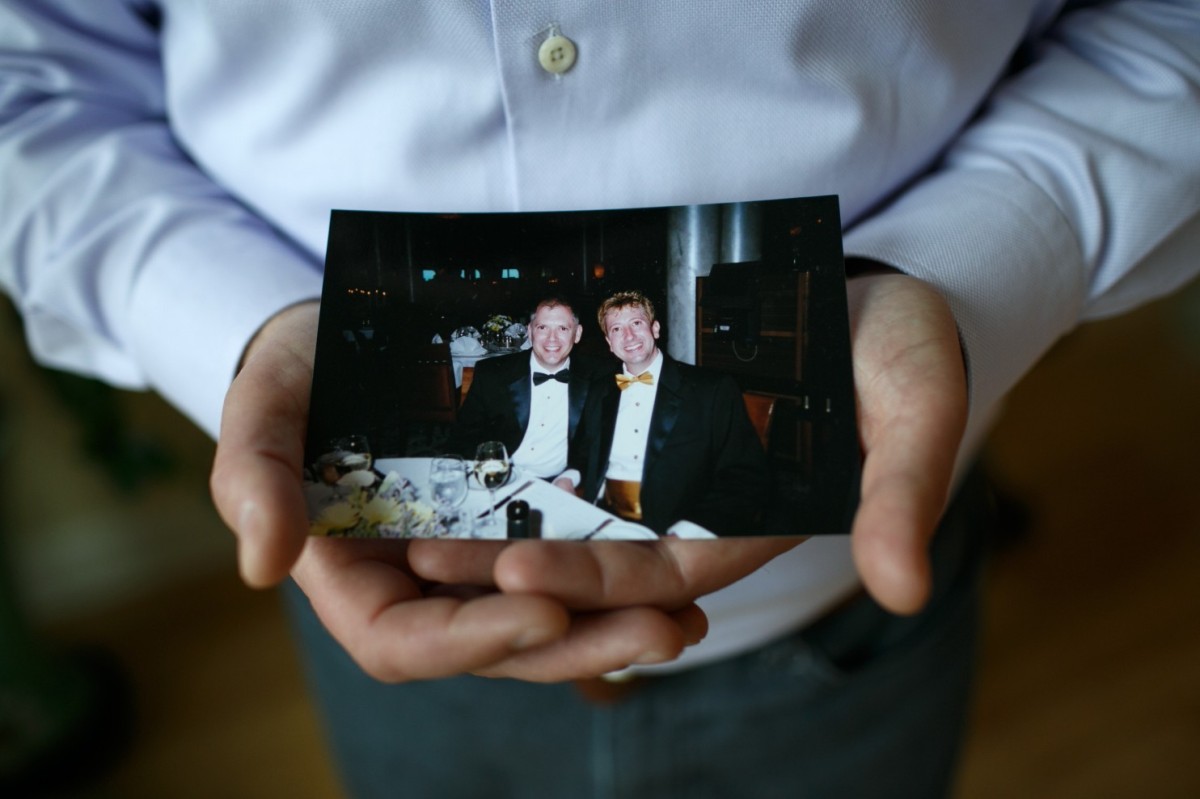 Jim Obergefell holds an old photograph of him and his late husband John Arthur; the two men from Ohio were married in 2013 in Maryland, having flown there in a specially equipped medical plane to wed a few days before John died of ALS, known as Lou Gehrig’s Disease. Their home state would not marry them. After John died, Ohio refused to list Jim as his surviving spouse; Jim sued, and that case will be argued before the United States Supreme Court today, in what’s expected to be a landmark ruling on whether same-sex marriage is a Constitutional right. (Maddie McGarvey/Washington Post)