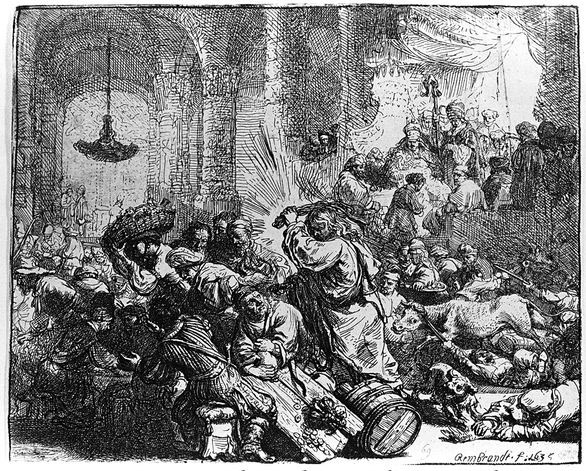 We chose this work by Rembrandt, called Jesus Driving the Merchants from the Temple, to illustrate the following, entirely different story because of what they have in common, Jesus criticizing societal norms in a fairly extreme fashion. In the Temple he lashed out at a corrupt religious practice; in the following speech he aims his verbal fire at individuals. Today’s Christians tend to cheer the first story and cringe at the second – both reactions he may have had in mind. Collectively it’s our turn to be rebuked.