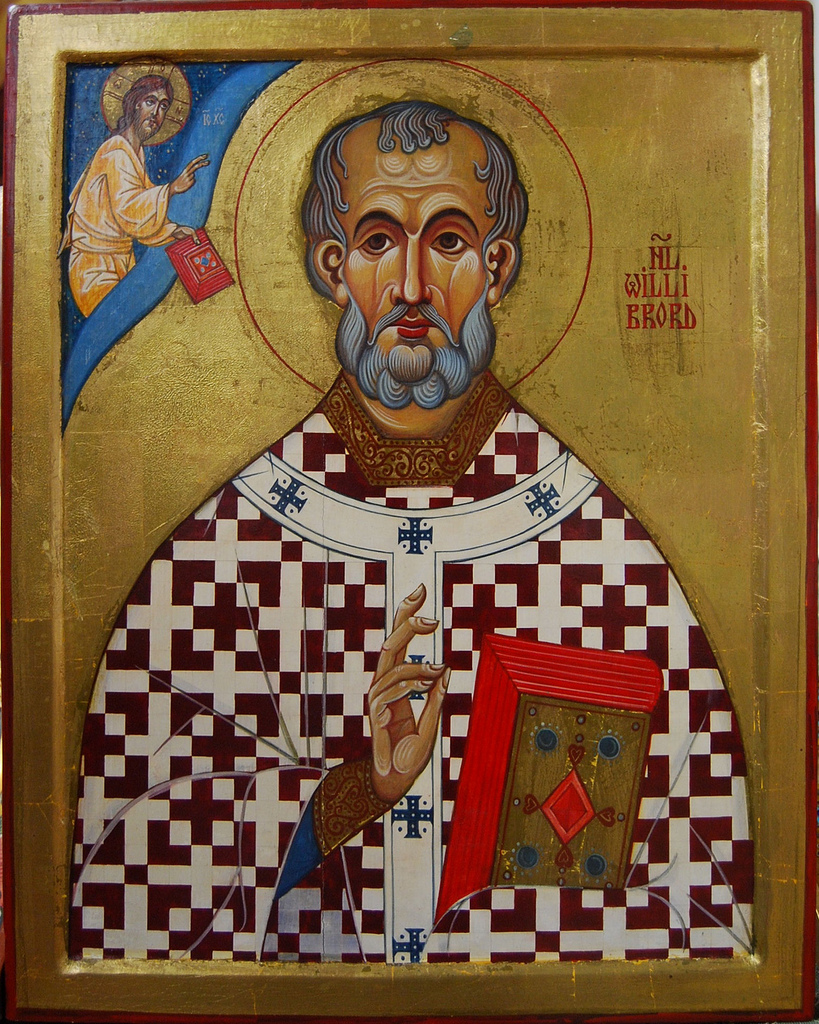 The Dutch province of Frisia wasn’t the most hospitable place when Willibrord arrived to establish his base at Utrecht. He was able to found a monastery at Trier, but his work was frequently disturbed by conflicts by the pagan Frisians and the Christian Franks trying to conquer them. But Willibrord was joined by St. Boniface and supervised him for three years, paving the way for Boniface’s later success in Germany. (iconographer unknown)